In Jail with my Baby

CCVT•Stories•Stories•In Jail with my Baby 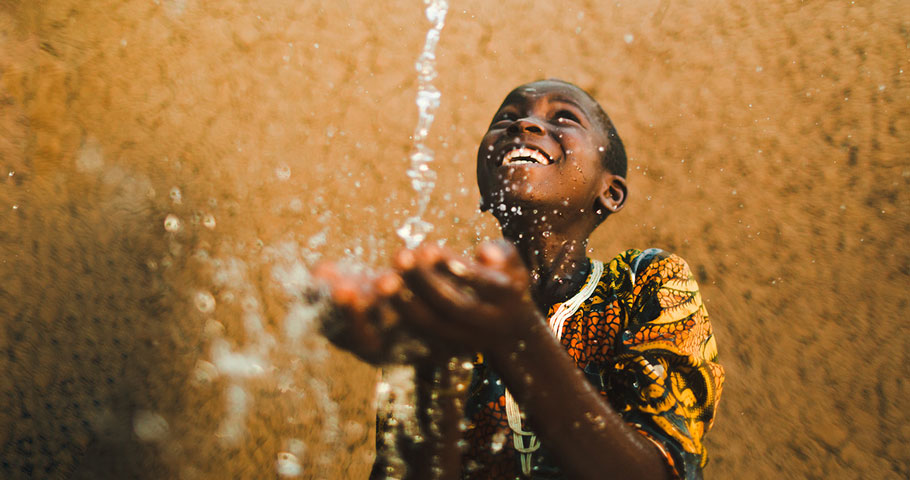 I come from the relatively small city of Azerbaijan in Iran. My family was very poor but culturally and politically rich. My father was an old man, but extremely wise and knowledgeable. He was illiterate but well aware of what was happening in the world. From childhood I became socially aware, particularly about women’s oppression, specifically when I looked into the lives of my elder sisters, who were suffering from unsuccessful marriages.

In the course of growing up, I developed an aspiration to work for the emancipation of humankind, especially from poverty and patriarchal oppression. Soon I found myself in a circle of like-minded women. We used to go to visit different groups of women and young girls, to discuss with them their lives and the state of their society and we tried our best to enlighten them.

Iranian society went through political turmoil and a fully-fledged revolutionary movement in 1978. We intensified our activities and soon in our small city we became a small active group well known to everybody. When the oppression came it not only affected me but it affected my whole family. Many of my family members escaped and lived underground while the rest were harassed on a continuous basis. During these years I married a gentleman who was politically active and well respected in the community. We loved each other and cherished the hope that we would blossom and by furthering human rights activities we would establish a fruitful and affectionate family life. All together we lived together for only sixteen months and the fruit of this intimate relationship was a baby boy.

Everything was more or less all right; we had a warm house, a handsome baby, and hope for a bright future.

Our house was invaded on a cold, dark, and winter night on December 22nd, 1982. The guards arrested all three of us. We were separated in jail; they threw me in a small dirty cell with no blanket and no heating system. I was alone with my four month old baby and did not know what they did to my husband. They put me through all sorts of torture and degrading treatment and punishment including sexual abuse to extract information about my husband and his activities. My worst experience was the time when they tortured my husband in the neighboring cell in a way that I could hear his screams. They mentioned my name and insulted me and threatening that they would rape and kill me if he didn’t confess.

They took him to the point that during his screams he sounded like a dying beast. I was ready to be tortured ten times more to stop my husband’s torture by the butchers of human kind.

Living with the baby in jail, and resisting against torture was not an easy task. I had no diapers to clean the baby. I had only two old ragged pieces of cloth. My cell was drenched in stench, and I could only go to the bathroom three times a day for the duration of twenty minutes. I had to very quickly wash my baby’s cloth, the baby and myself in order to return to the cell on time. The food was poor and very soon as a result of torture and poor nutrition, my breast milk up. I begged the guards for milk or powdered milk; they answered me with insults and beating. They told me that there was one ration of food for one prisoner and that baby was not considered a prisoner.

My child was starving and I was left with no choice but to chew the poor food I received and put it in the mouth of my baby. In that way I helped my poor baby to survive. Once when my child was about six months old I noticed some sores on his head; he had long hair and I didn’t notice
it earlier. When I looked carefully I found many infected sores and worms coming out of the wounds. This was because of the lack of sanitation and the fact that we had not been allowed to wash for more than two months.

After six months they allowed me to see my husband behind the glass for only a few minutes. This was the first and last visit. Sixteen months after the initial arrest they executed my husband without permitting me to see him before his death. He was twenty-eight years of age. He was a human rights activist, a man of letters, a poet, a writer and a master of art. He had great passion for life and hope for the ultimate salvation of humankind. I still hold twelve letters he has written to me in prison, each full of love, hope, and passion for life.

I came to know about my husband’s execution two months after his death. When I met the judge of Shariah (Islamic Jurisprudence) who was the hanging judge I asked him why they killed my husband? Neither one of us believed in violence; nor had we been involved in any kind of violent activities. He smiled and told me that he ordered the execution of my husband because he was intelligent, resisted all torture, refused to give them any information and his spirit could not be broken.

Those of us who were imprisoned with our babies had an especially difficult life. My child had no idea of the outside world; his world was limited to a small cell and the most vivid events in his life were when I was brought back to the cell, my body covered in wounds.

I remained in jail with frequent torture, harassment and threats for four years. When they released us my child had no idea about all the things that are taken for granted in everyday life. He had never seen a car, a tree, a man with a mustache, amongst many other things. He was scared of any kind of sound; it took me a long time to adapt to this new environment. My father had put his property and his life as a guarantee for my release. I had to report to the prison authorities every month. One year later, at one of those reporting, they rearrested me because they didn’t like the ‘fast paced manner’ with which I was climbing the stairs, and the apparent ‘aggressive’ way in which I signed my name signature in the reporting book. They did not allow me to take my child with me; he was left with very little protection. They released me after six months, when I
found my child in a desperate situation. He had been passed through different hands, sometimes taken care of by my relatives, sometimes by neighbors and at other times with no protection.

He was not ready to accept me as his mother because of the tremendous hardship he had gone through a lot as a child. Living outside of jail was not much better. I had been left with no job, no money, and no accommodations. A shadow was following me all the time. My father-in-law blamed me for everything and began harassing me. I was left with no choice but to accept a traditional arranged marriage in an attempt to protect my child and myself.

A year later I became pregnant and delivered another baby boy. Unfortunately my second marriage turned out to be an abusive one; it was a kind of slavery. At home I was constantly abused and harassed by my husband and outside of my home I was harassed by security forces who were suspicious
of me. Life was becoming harder and harder every day. At this point I was left with no other option but to leave my eldest son from my first beloved husband in Iran and come to Canada with my youngest son. I was so sad to have to leave my son and face an unknown destiny.

I have been in Canada for around four and a half years, I am very thankful to all of the people in Canada who understood my torture and trauma and helped me with my refugee claim. That includes my lawyers, physicians, psychiatrists, nurses, befriender and counsellor from the Canadian Centre for Victims of Torture and many other people. I’m presently a permanent resident of Canada and cherish the hope that one day I will become a citizen of this great country.

Unfortunately, I am still separated from my eldest son who is now twenty-two years old and has suffered such trauma in his childhood. I’m a single mother and a divorced woman. I cherish the hope that Immigration Canada would accelerate the process of unification of my family. My youngest child also shares my aspiration and is looking forward to the day that he will be reunited with his older brother.

I’m sure one day we will live as a happy family and I will do my best to encourage my children to be useful, to pay back their debts to the Canadian society, to work for a better life, for members of the human family, and to be good to themselves. As a woman, I work to fight against the discrimination against women and their oppression. One day I hope we will all embrace freedom and become equal members of the human family.